The Secret Garden – A Quiet Place

The Secret Garden is a hidden gem located in the middle of our campus.

Constructed in 2003, it got it’s name because the secluded area is hidden from everyone outside of the school. The garden is a great place for our students to enjoy the outdoors in a quiet space to learn and study. Flowers, plants, statues and even a pond are nestled in this unique outdoor space.

This article was featured in the News Herald in 2003. It details how the Secret Garden came to be.

(Reprinted with permission from The News-Herald – 2003)

It didn’t take Jaws long to adapt to his new home in Wickliffe. With a splash, the colorful Japanese Koi fish was making playful laps around the 18-foot waterfall garden that serves as a centerpiece of All Saints of St. John Vianney Catholic School’s best-kept secrets: Its new garden.

Since last year, science and health teacher Renee Scafidi has been developing plans for the interactive learning garden. Students used to gaze out of their classroom windows to see the unkept courtyard walled in the middle of the building. Scafidi said the All Saints Little Flower garden, centered around a statue of St. Therese Liseux, was overgrown with ivy and covered with only sparse patches of grass. The courtyard had been neglected for the last 20 years. So Scafidi decided it was time for students to have hand in altering the less-than-picturesque view into a thing of beauty.

Each class was assigned a project. Many students even came to the school during summer vacation to help clear out debris in the courtyard and prepare it for the planting…Scafidi said the project was named All Saints Secret Garden because the secluded area is hidden from everyone outside of the school. However, the secluded spot also created its share of problems. Loads of dirt and mulch had to be spilled over the high building walls with a crane and rocks had to be carried in through the building.

Everything from fish to plants to the soil were donated from parents and community members. An anonymous donor also provided $7,000 for the project…

Each class will take turns from year to year: rotating their projects so they learn various science related lessons from the garden. Last year, seventh-graders helped construct a walkway bridge that sits by the pond while sixth-graders oversaw the waterfall garden.
Scafidi said teachers also can incorporate the garden into other lessons as well as science. Kindergartners will create the Teddy Bear Picnic Area to help illustrate one of the books they read -“The Teddy Bear’s Picnic.” First-graders will plant a pumpkin patch in the spring and will make math lessons out of counting seeds and measuring marigolds. Fourth-graders are creating an Ohio History Garden to go along with their social studies curriculum. Among the plants in their state tribute garden are red Dianthus in honor of the state flower – the red carnation, flax and cotton seed and lavender, which was a common garden item for Ohio settlers. Fourth-grader Ryan Mills said lavender often was used by settlers to scent their soap and clothes. “It just teaches you about things that people used a long time ago,” the 9-year-old Kirtland resident said. “We learned a lot about the first people in Ohio.”…..

Scafidi’s mission is to show students that science isn’t hard, it’s a part of everyday life. “A garden is a wonderful place to learn about life, cooperation, sharing and working and friendship,” the teacher said. “I hope All Saints’ Secret Garden will inspire both the students and the teachers. “​ 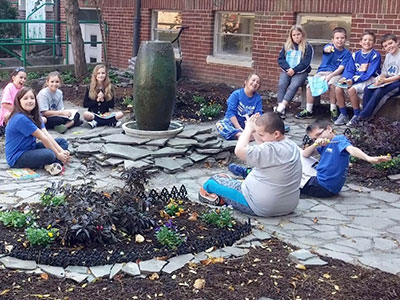 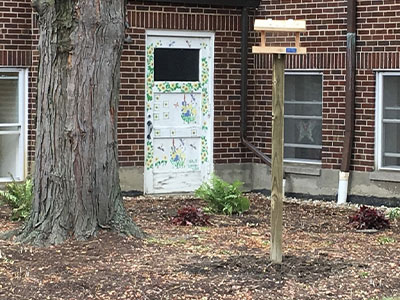 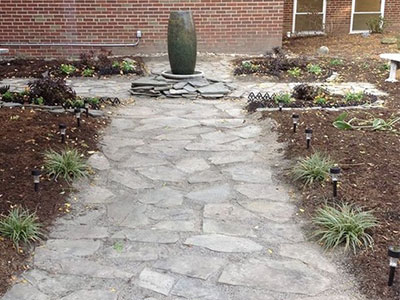 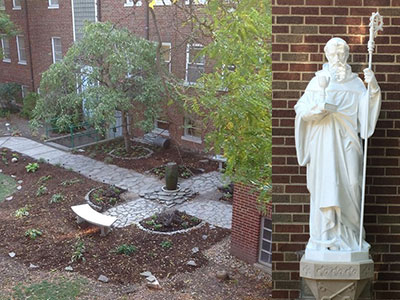